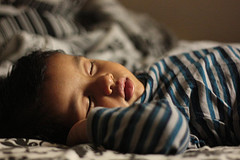 John Nash, who recently passed away, won the Nobel Prize in economics for his work on game theory. Here’s why.

Imagine you’re a parent, trying to make your three-year-old go to bed. There’s lots of ways you might try to do this, but let’s boil it down to two options: gentle, or firm. Your tiny tot also has two choices: obedient or, shall we say, obstreperous.

Obstreperous, by the way, means “noisy and difficult to control”. I learned this from one of my favorite childhood books, about a boy whose toy kite was obstreperous and flew away. Hmm… I wonder why my parents bought me that book? Well, I’m sure they had a good reason.

So, you can be firm or gentle. Your child can be obedient or not. You both make your choices, and as a result, after bedtime, you either share on Facebook a beautiful quote about the joys of parenthood, or you wonder again whether you should have just bought a hamster instead.

Here’s John Nash’s idea: let’s pretend that everyone earns actual points according to how much everyone enjoyed bedtime. Imagine you’re actually keeping score. But how?

Let’s start by imagining a happy bedtime, with a gentle parent reading a sweet story to an obedient child. Butterfly kisses after bedtime prayers. “I love you, mommy and daddy”. Lights out, sweet dreams, smiles as you tiptoe away.

Obviously everyone likes this. Let’s pretend that outcome is worth five points of happiness all round.

But what if the child is disobedient instead? The gentle parent pleads, persuades, reasons, bribes and begs… and hates every minute of it. Let’s call that five points worth of sadness, so a score of -5. The kid, however, gets almost an hour of extra attention, and stays up until the ungodly hour of 7:30. Party time!! Woohoo!! For the tot, this is at least twice as much fun as mummy and daddy’s Plan A. So, we’ll call it 10 points for Dennis the Menace.

You can see these outcomes in the bottom row of the diagram I’ve pasted below. I’ve also included, in the top row, what happens if the parent is firm. Of course, I just made up these numbers, based on my years of experience as a parent, and slightly longer experience as a child.

The words in blue are the parent’s possible plays, and the blue numbers are the score the parent gets in “happiness points”. The words and numbers in red are the choices and scores for the child. Feel free to change the numbers according to your own preferences!

Putting numbers to the outcomes is a powerful – it lets you think logically about your behavior and your child’s. You can plan your bedtime strategy, and start to calculate your opponent’s logical response to it. You’ll start to see temper tantrums not as just an annoying thing kids do, but as a rational response as they maximize their points in the game.

Yes, kids are incredibly rational. Sometimes, the rational thing to do is to be pigheadedly obstinate and scream at the face of reason. Let’s see why.

In the Bedtime Game, it’s clear that parents prefer obedience. No matter what the parent does, an obedient child lets the parent bank more happiness points than an obstreperous one. The challenge – and frustration – for the parent is that this choice is in the child’s hands, not yours. Don’t feel too bad, though, your child feels equally frustrated. After all, your angel loves it when mom or dad is gentle, but has no power to force that choice on you. Their only options are to obey, or not – and hope for the best.

The game matrix has more bad news – it’s foolish for the child to always be obedient, or for the parent to always be gentle. After all, if the parent was always gentle, the child would be twice as happy becoming chaos incarnate every night. It would be silly to do otherwise.

This is a disaster for the parents, of course. But, Game Theory to the rescue! If Junior is always being disobedient, the game matrix shows the parent’s best response – replace the gentleness with a hard firmness. A firmness that, along with the disobedience, makes everyone miserable – but shows the poor kid that obedience is sometimes worth it after all.

Parenting is complex and difficult. The math of John Nash’s game theory is sometimes a doozy by comparison. Best of all, by quantifying what everybody gets out of every possible outcome, the math can make parenting a little bit simpler. And, of course, easier tasks such as nuclear disarmament negotiations.