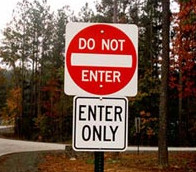 An alleged contradiction has been found in the logical foundations of mathematics. The news comes to us from Professor Bertrand, from Trinity College, who discovered the contradiction. “The whole of mathematics – from the calculus that drives the electromagnetics of a mobile phone signal, to the number theory powering the cryptography that keeps your phone secure – this entire body of mathematical knowledge is built as a series of logical deductions from carefully selected axioms; axioms I have now shown to be self-contradictory.”

A contradiction occurs when a mathematical statement is proved to be both true and false at the same time. We asked Professor Bertrand what his work implied for mathematicians. “The entire system falls like a house of cards in an errant wind.” He later added that it’s more like the house of cards had already fallen, before a single card had was placed – but its hopeless, sorry state only becomes clear when the contradiction is found.

Professor Bertrand explained that the contradiction he found was a formal mathematical statement equivalent to the famous Epimenides’ paradox, ‘This sentence is false.’ In English, the meanings of words are vague, and there’s no necessity for a statement to actually be either true or false – hence, we can toss Epiminides’ paradox away without further damage. When the statement is expressed in a formal context, the professor explained, we cannot escape so easily. The paradox becomes a contradiction, and the contradiction destroys the logical system used to express it.

Other mathematicians were more sanguine. “Professor Bertrand’s work hasn’t yet been submitted to the community for peer review,” said one, on condition of anonymity. “Until his work has been thoroughly vetted by others, it has to be taken with a pinch of salt.”

Why don’t mathematicians choose a system that’s known to be immune to paradoxes, and from which all mathematical truth can be derived?

“This was a goal of the second of Hilbert’s famous problems” Professor Hilbert outlined 23 now-famous mathematical problems in a speech in 1900. Now known as “Hilbert’s Problems”, they had an enormous influence on mathematics in the century that followed and beyond.

Paradoxically, any proof that mathematics has no contradictions would itself be a fatal blow.

But what if Professor Bertrand’s contradiction survives the process of peer review?

Our anonymous correspondent said “Well, I have a theory that states that if ever anyone discovers a fundamental flaw in the logical structure of mathematics, it will instantly disappear and be replaced by something even more bizarre and inexplicable. In fact, I have another theory which states that this has already happened.”