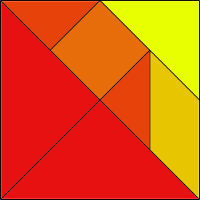 The tangram is a simple seven-piece puzzle that comes to us from Ancient China. It was reputedly invented about a thousand years ago, and enjoyed huges bursts of popularity in the western world at the starts of the 19th and 20th centuries.

I've created a pdf of some tangram tiles for you to print and cut out. Even though there are only seven pieces, it's amazing how many different shapes they can be arranged to make. 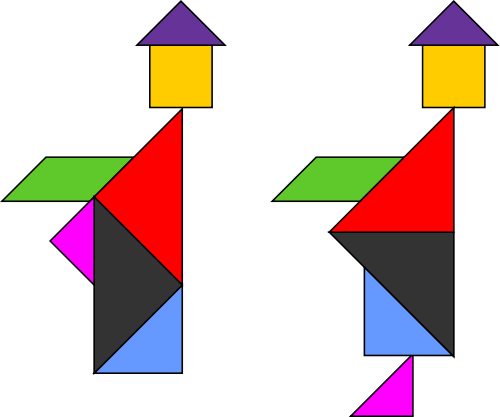 The weird thing about these patterns is:

Can you figure out what's going on? Where's the missing area?

If you like Tangrams, you might also like the Stomachion, or Bone Fight Puzzle. The Stomachion is 1500 years older than the Tangram, and has twice as many pieces.