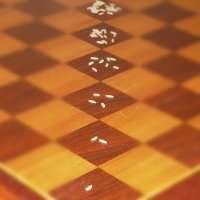 There's a famous legend about the origin of chess that goes like this. When the inventor of the game showed it to the emperor of India, the emperor was so impressed by the new game, that he said to the man

"Oh emperor, my wishes are simple. I only wish for this. Give me one grain of rice for the first square of the chessboard, two grains for the next square, four for the next, eight for the next and so on for all 64 squares, with each square having double the number of grains as the square before."

The emperor agreed, amazed that the man had asked for such a small reward - or so he thought. After a week, his treasurer came back and informed him that the reward would add up to an astronomical sum, far greater than all the rice that could conceivably be produced in many many centuries! 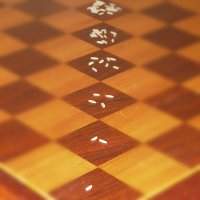 How Much Rice?
We are all like the emperor in some ways - we find it hard to grasp how fast functions like "doubling" makes numbers grow - these functions are called "exponential functions" and are actually found everywhere around us - in compound interest, inflation, moldy bread and populations of rabbits. Another puzzle involving exponential functions goes like this : The answer is both obvious and very surprising - the lilies that took 30 days to cover half the lake take only one more day to cover the other half. They fill the lake on day 31.

I've prepared, here, some worksheets for kids to help them learn about this kind of amazing math. The worksheet goes with a story - a modern version, if you like, of the rice and chessboard legend. It goes like this.

You are offered a job, which lasts for 7 weeks. You get to choose your salary.

Which do you choose?

Most people unfamiliar with this kind of dilemma will choose the first option. I've provided some printable worksheets to help people work out which is really best. The worksheet uses the currency symbols $ and c. If you are in the United Kingdom, you'll prefer the pounds and pence version. I've also made a version for those in the Eurozone.

If you print the worksheets, you'll see that there are three worksheets, not just two. The third is useful if you also want to introduce the class to the Fibonacci numbers. Here, the deal is

To help you out, here are the correct weekly (and overall) totals for the three different schemes (without rounding).