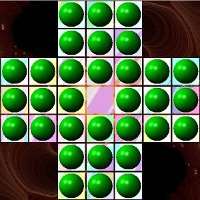 Peg Solitaire (called Solitaire in the UK and Australia) is a really tough game of wits and logic. At the start of a game of peg solitaire, a board is filled with pegs, except for one empty space. Then, pegs are made to jump over each other - you can only jump up and down, or left and right, not diagonally. You can only jump over one peg at a time. When a peg is jumped over, it disappears. 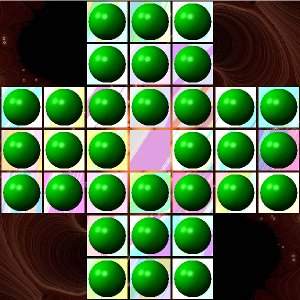 In other words, the rules of peg solitaire are simple. The puzzle itself is very challenging. If you don't get the rules from the description above, you'll understand them quickly enough if you play - when the Java Applet below has finished loading, click Go, and you'll be able to play Peg Solitaire straight away.

Even if you can't reduce the board to a single peg, challenge yourself to leave as few pegs on the board as possible at the end. The solaitaire applet above has several different versions of peg solitaire you can play. Select the style of board (English, German, Continental etc) and which of the many ways there are to set up the pegs at the start, then click "Play". See if you can reduce the number of pegs to just one!

If you are looking for a real hold-in-your-hand-and-play-offline peg solitaire set, there are plenty on Amazon.com.