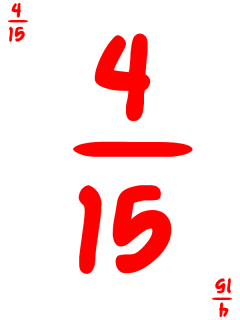 With this math fractions game, your kids can learn to add fractions the fun way. First, download and print the math fraction game cards, preferably onto cardboard, and in color if you can.

You'll find that there are actually three types of cards in the pack.

Well, with a set of fraction cards, there's a bunch of math fraction games you could teach your kids to play.

However, when I made these cards, I was thinking of a more complex game (still simple enough) that will help teach kids how to add and subtract fractions too!

On each player's turn...

Well, that's all for this math fraction game. Hope the kids you care for like it!